Further on, we enter the Registry Chamber. It is called this way because this room was ideal for keeping track of the people entering and leaving Rudolf Mine.

In the Registry Chamber, in all its splendour, reigns the Staircase of the Rich.

We step into the 19th century, during the days of Emperor Franz Josef, the last Grand Prince of Transylvania and Emperor of Austria, who is said to have descended on this staircase.

The Staircase of the Rich, placed in the middle of the Registry Chamber, served as access to the Theresa and Rudolf mines before the completion of the works at the transport gallery. Parallel trails cut in detail on the walls by the hammers of salt-cutters bear testimony to the tireless work of strangers who have worked here for centuries.

Staircase of the Rich

Since the descent of Emperor Franz Josef on the staircase, no miner was allowed to use it, being intended only for the nobles – hence its name, the Staircase of the Rich. It is the oldest wooden structure in the Salt Mine, made of fir wood, with several advantages that recommend it for use in the saline environment. Its resin neutralizes the salt and does not allow it to crystallize. Also, fir wood does not break right away: it is made up of several layers and warns in advance if there are tensions that can cause cracks. 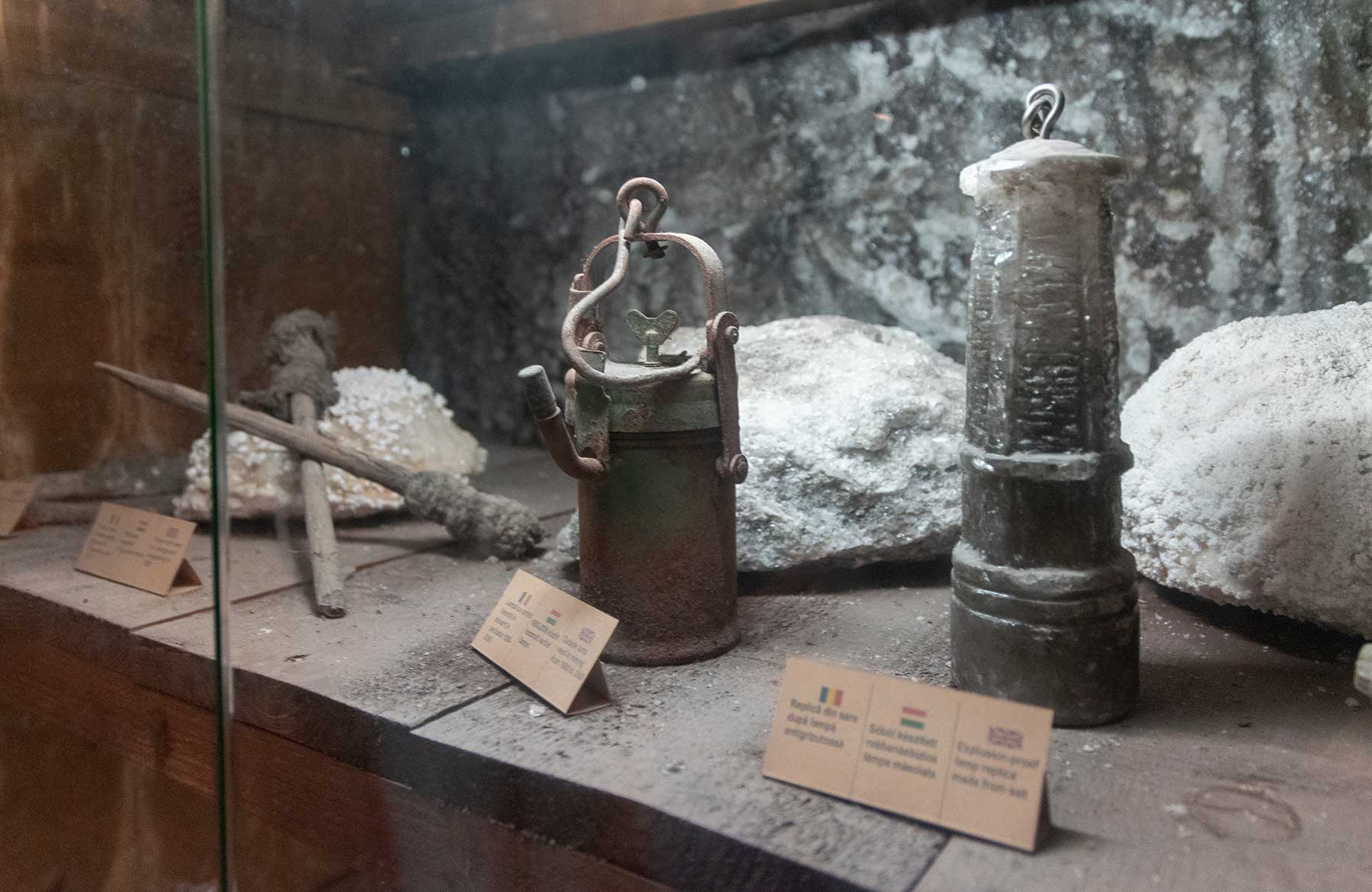 In a niche dug in salt in the eastern wall of the Registry Chamber, there is the Altar, the place of prayer for salt cutters and the place of faith and hope for better times. Legend has it that one morning the cripple, an elderly worker responsible for lighting the torches in the mine every day, who had suffered an accident in the Salt Mine, felt the presence of God. He saw on that salt wall, in the light of the torch, the face of the Virgin Mary, holding Jesus in her arms. Being very faithful, the people decided to dig the altar in that place, where, every morning, the priest of the Salt Mine would hold a service in order for all of them to be protected.

Experience the show and the magic of Turda Salt Mine faster with the online ticket.

Why is Turda Salt Mine spectacular?